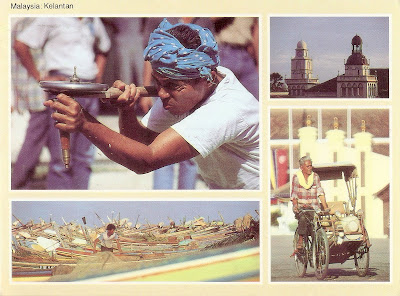 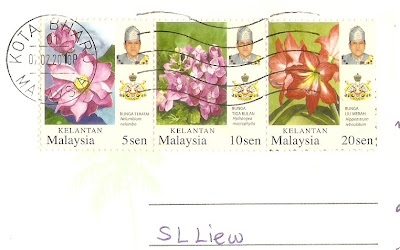 Postcard 2
Kelantan is the northern west most state on Peninsular Malaysia near the border of Thailand. It was once ruled by the Kingdom of Thailand. Many considers Kelantan as the Malay heartland. View of clocktower, state museum and state mosque built in 1916. State emblem stamp used and sent from Kota Bahru, the capital of Kelantan. 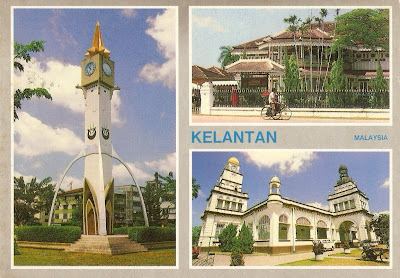 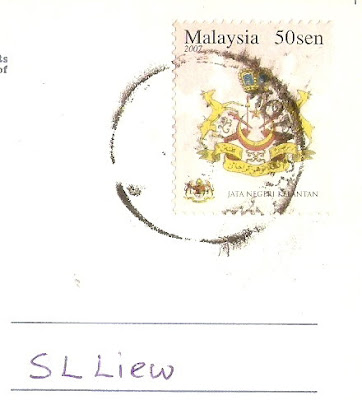