"Candi Sukuh is a 15th century Javanese-Hindu temple (candi) that is located on the western slope of Mount Lawu (elev. 910 m or 3,000 feet (910 m) above sea level) on the border between Central and East Java provinces. Candi Sukuh has a distinctive thematic reliefs from other candi where life before birth and sexual education are its main theme." Source: Wikipedia 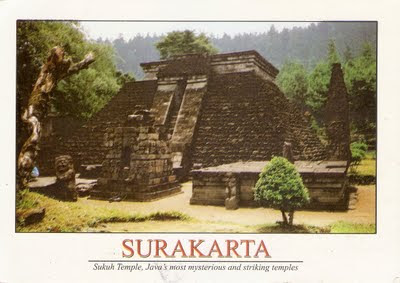 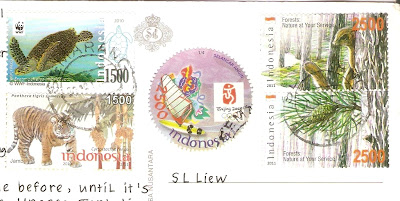 Postcard 2
Bass relief of Sukuh Temple. The temple was built around 1437. Nice textile stamps used. Written on June 29, 2011 and arrived in Penang on July 11, 2011. Thanks to Shinta of Java, Indonesia. 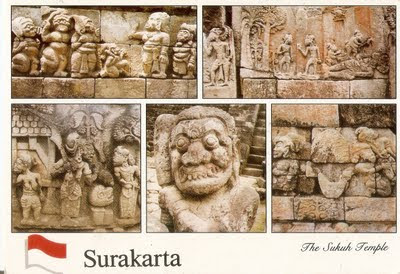