Postcard 1
A large panaromic postcard of North Rim, Grand Canyon National Park. I went to the North Rim, which is less crowded with tourist than the more easily accessible South Rim. This postcard was mailed at North Rim on September 20, 2011 and arrived in Penang on September 30, 2011. Thanks to Mike and Nancy of USA. 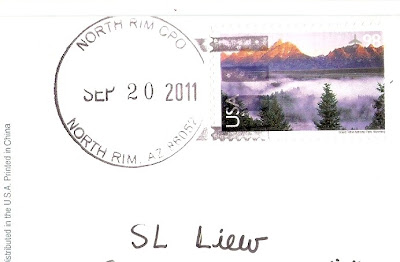 Postcard 2
South Rim of Grand Canyon National Park where the Colorado River continues to carve the walls of the Canyon removing tons of silt every day. Thanks to Buttance of Arizona, USA. 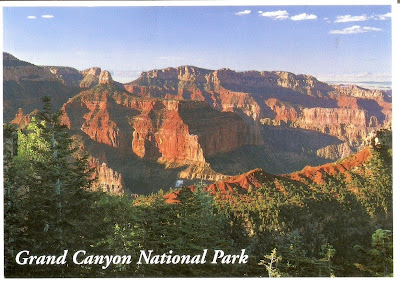 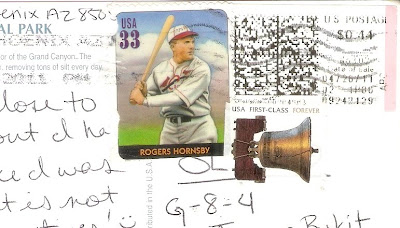 Postcard 3
I have been to the Grand Canyon National Park of Arizona, three times. Visited the North Rim and South Rim as well as during the summer and winter times. Awesome. Bought this postcard there. A UNESCO World Heritage Site. 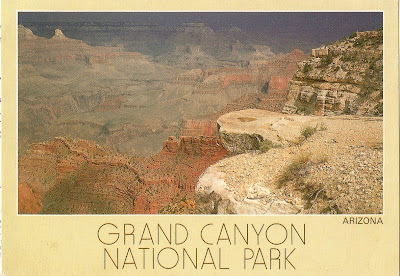